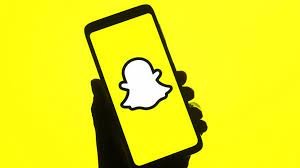 Teachers using social media seems odd, but when they snap it almost comical to students.

Generation Z is known for constantly being on their phones, specifically on the social media app Snapchat, an app where people snap a picture and send it to a friend. These pictures may include various moments of activities they are participating in or just laying in their bed starting a conversation.

Students find it quite comical that mentors like teachers use the app similar to the rest of the younger generation. After sending out a poll to all the teachers at Edmond Memorial High School only 24 out of 58 answered yes to using Snapchat, that is just under half of those that responded to using the app.

“I only use Snapchat with my immediate family, my nieces, and a long distance friend,” math teacher said.

Unlike Phelps, teacher Jeff Lovett uses snapchat for the filters. He takes plenty of weird filtered pictures with his kids and saves them.

A differing perspective on Snapchat came from Memorial teacher Jesse Herndon, who is rumored to have a flip phone.

“I just think it’s a waste of time, and I don’t want to become a phone zombie like so many others,” Herndon said.

Although English teacher Kevin Mcdonald sees the value in using social media to communicate with others, he does not partake in snapping. He uses other apps to keep up with the world around him.

“I use Twitter for professional development purposes and for news. I use Instragram as my emotional ‘safe space’ for escapism – dogs, drums, bicycles, and family photos are the only things I allow on that feed. But I see both of these as essential to how I navigate my daily life,” Mcdonald said.

Social media is not that foreign for teachers, even if students find it weird for it to be involved in the everyday life of teachers.

“I think it’s pretty normalized at this point. We rarely do forehead pictures (facebook mom angles), just videos and pictures of events. We use it instead of a group chat,” Phelps said.

Lovett does not care about the opinion of students when it comes to teachers keeping up with the times, even though he thinks students find teachers old and uncool.

“They would probably think I’m a loser. But lions don’t worry about the opinions of sheep,” said Lovett.

“For the same reason they think it’s weird to see me at Target or a restaurant – students see teachers as situational (we make sense in a school context); it’s weird to think of us as real human beings that do normal things because we are a part of school,” Mcdonald said.

Students tend to find it weird that teachers do similar things that they do normally. Even so, Snapchat has become a main source of communication for this generation. Oddly, teachers don’t often use Snapchat to communicate with other teachers.

Overall it is confirmed that teachers aren’t ancient, and they do keep up with the times. Social media is not just for young teens, but also people of all ages.