League of Legends Arcane is an animation masterpiece 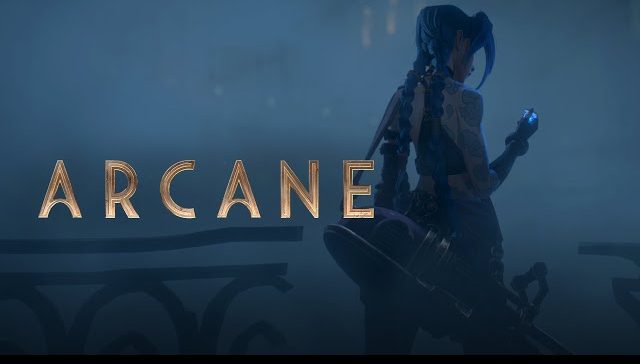 teaser image Netflix showed for it

Netflix’s new show, “Arcane,” is the origin story of two characters named Vi and Powder/Jinx from the iconic online game League of Legends. It’s set in the utopian world, Piltover, and the suppressed underground of Zaun. Arcane was created by Riot Games to celebrate the 10 year anniversary of LoL.

The show starts off by introducing two main characters of the story, Vi (Hailee Steinfeld) and Powder (Ella Purnell). They are accompanied by two other characters, Mylo (Yuri Lowenthal) and Claggor (Roger Smith), who grew up with Vi. It shows them in the thriving city of Piltover. They have obtained information of some expensive loot in a building by a friend of theirs called Ekko.

Powder blows up an experiment by a scientist named Jayce Tilis (Kevin Alejandro). This results in Powder and them being chanced down into Zaun. Their caretaker, Vander (JB Blanc) finds out about this stunt and tells them to hide the goods until it’s clear.

The two sisters are separated after a horrific accident happens, Vi is in prison, and Powder is tricked into working with Silco (Jason Spisak). He takes over the underground world of Zaun with his new substance called shimmer, a liquid that makes the brain do extraordinary things. Vi is taken out of prison to help a rogue enforcer called Caitlyn Kiramman (Katie Leung) to help with her investigation on shimmer and find the source and arrest Silco.

Vi and Powder finally meet up and talk for a little till Powder freaks out by seeing the enforcer with her. Powder kidnaps Vi again and takes her to a room with Silco to decide who she is, Powder, or the name she was given by Silco, Jinx.

The story is very deep and well thought out when it comes to other shows on Netflix. I went into watching this show expecting to know little about what’s going on since I don’t play LoL, but you don’t need to play LoL in order to know most of the story and plot of it.

Arcane is separated into three acts, in total having nine episodes releasing every Saturday on Netflix, with episode nine being released on Nov. 20, 2021.

The first act aired on Netflix on Nov. 6, 2021. Riot Games streamed the first episode of Arcane on Twitch. Its streamers were allowed to stream the first three episodes once they had permission from Riot Games.

It was supposed to be released in 2020, but because of the COVID-19 pandemic, it delayed its release to 2021. With the delayed release, fans wondered if it were to be canceled. This was typical for most shows coming out in 2020 because of the virus affecting production.

Ratings demonstrate that the show is stunning and has tons of people already enjoying it with a 100 percent on Rotten Tomatoes and a 9.4 out of 10 on IMDb, even placing the top of Nexflix’s trending in 38 countries. The show has reviews stating the astonishment of Arcane such as “brilliant” and “amazing.”

Individuals don’t even need to be a LoL fan to enjoy the show. If someone has nothing to do and has nowhere to go, they can watch Arcrane on Netflix to watch a very enjoyable Sci-Fi fantasy show.