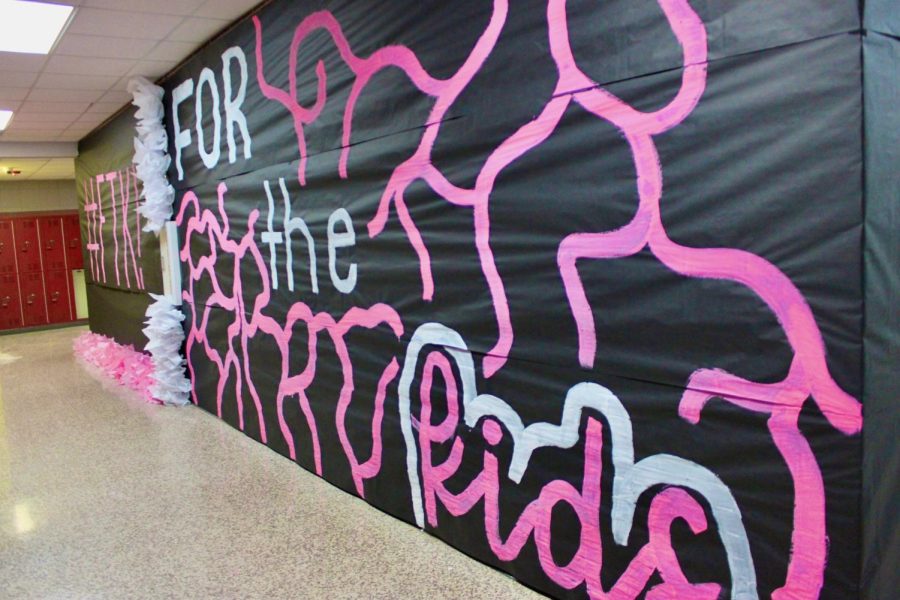 After months of preparation and anticipation, it’s finally Swine Week at Edmond Memorial High School (EMHS). The school is filled with decorations, all revolving around this year’s theme: “Pigeo Games.”

There were some fun decoration themes chosen for specific hallways. The science hallway was the “arcade,” and it featured not only Pac-Man and his ghosts, but arcade machine drawings and tickets strung along the walls. The Freshman Academy has a theme of “PBS Kids games,” which is fitting as they are the youngest students of the school.

The hallway outside of the lecture hall is “Swinecraft.” The Minecraft characters and world depicted on the walls is a small victory for many students that have been pushing for “Swinecraft” to be the overall Swine Week theme for years.

The placement of the decorations was also well executed. The hallway by choir featured “My Singing Monsters” and “Garage Band” decorations, which is not only related to the Swine Week theme but also to choir. I also enjoyed the “Duolingo” (foreign language-learning app) decoration in the language hall.

While there was clever placement of the decorations, it would have been nice if the whole school had been covered, as it usually is. The drama hall, math hall and senior and sophomore English halls were all left undecorated. It’s understandable that there wasn’t enough time to cover all of these areas, but if there would have been time, it could’ve made Swine Week even more magical.

Overall, Student Council did a great job decorating the school. The decorations are original, fun and really create the “Pigeo Games” environment. The Upper Commons features a “Helping Hands” wall, where there are handprints and signatures of every person that dedicated their time to decorate the school, and people are credited for their hard work.

The decorations for this year’s Swine Week are exciting, creative and great for pictures, and the students have really been enjoying this year’s theme.