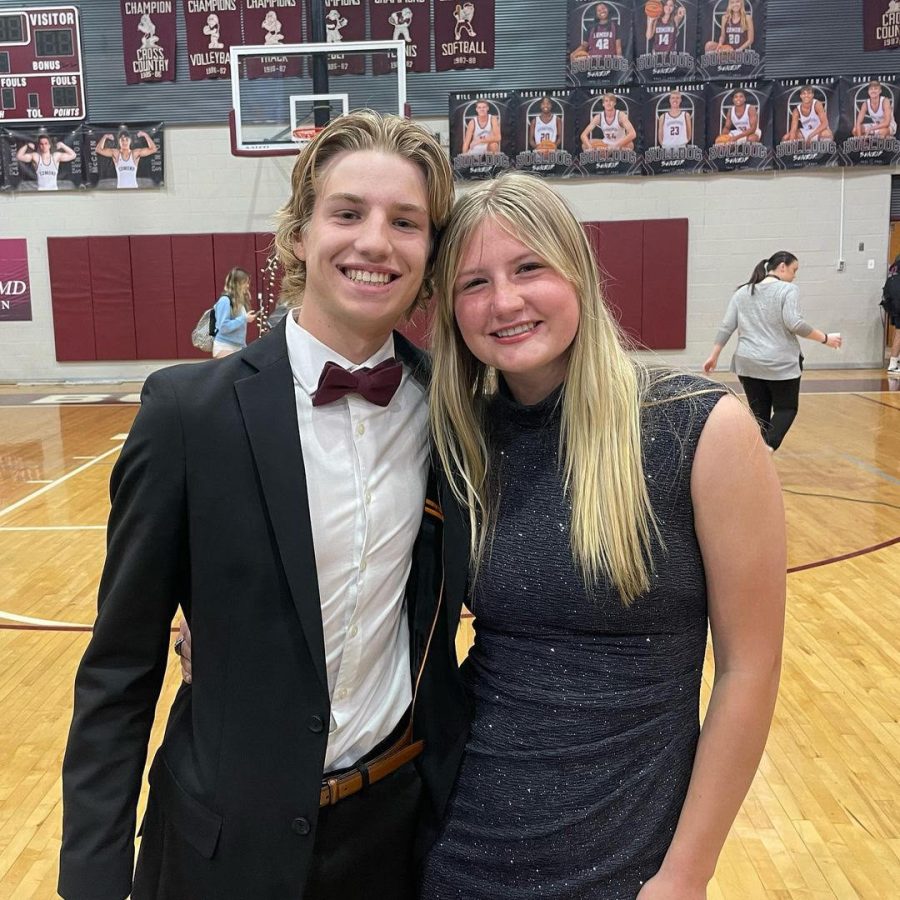 Landon Peck and Claire Confer were named this year's Mr. and Miss EMHS.

Every spring, Edmond Memorial High School (EMHS) names two students as Mr. and Miss EMHS. This honor represents the best students not only in the classroom, but outside of school as well. Seniors Landon Peck and Claire Confer were selected by their teachers and peers.

“It is a very high honor and I am very blessed to be awarded with it,” Peck said.

Being presented with this achievement has also brought new opportunities for these students to influence others.

“Always reach out because you never know who is having a bad day or what their personal life is like,” Peck said.

Both students have their own way of spreading kindness and positivity. Those qualities are what teachers look for when nominating students for this award.

“I want everyone to know that Memorial’s students are kind and that even the so-called popular kids are nice as well,” Confer said.

There is a long process to be nominated. First, teachers submit names to come up with 10 senior boys and 10 senior girls who fit the requirements of the award. Teachers then vote and the top five boys and girls are named the official nominees.

Since both teachers and students vote, this ensures that the process is fair and that the winners are the best representation of the school, not just the most popular students.

Not only have they each won the Mr. and Miss EMHS award, they also both won the vote to be on Memorial’s StuCo, earlier this year, which organizes events such as assemblies and Swine Week.

Peck and Confer have a lot of accomplishments, but they both agree that being on StuCo and winning Mr. and Miss EMHS were their favorite.